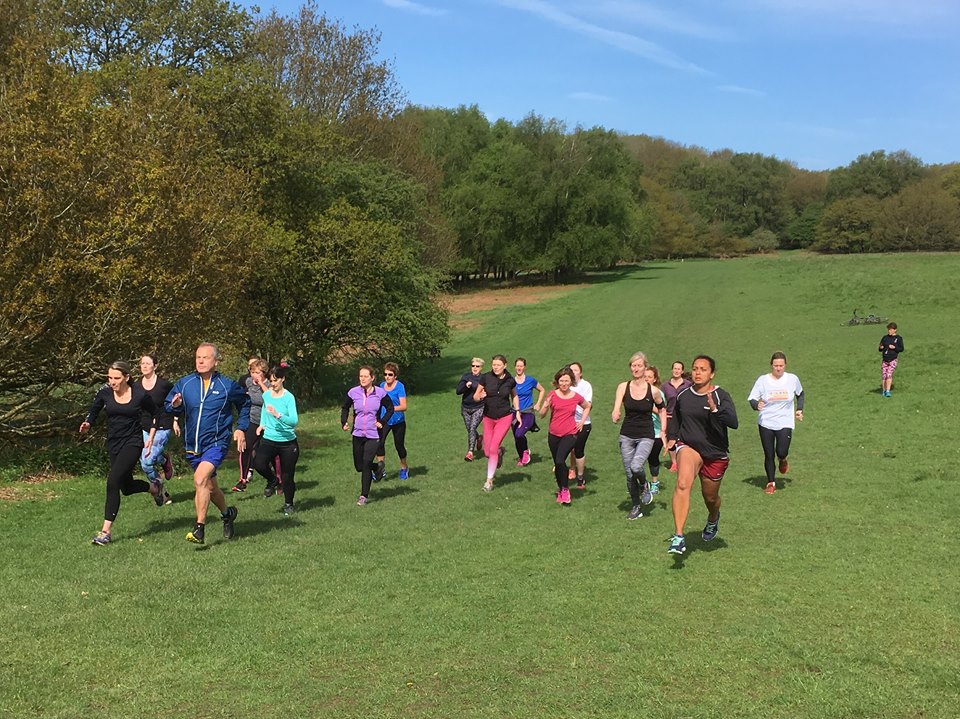 Come January and the congestion down our country lane is horrific –there’s no place to pass let alone accelerate.

And it’s not cars that are to blame but joggers…everywhere you look there are men and women jamming up the roads in an attempt to get fit.

They normally emerge from their front doors on January 1st blinking against the shock of the sunlight after being cooped up in front of the TV for two weeks. The last crumb of sausage roll still clings to their upper lip and they are wired up with enough electronic gadgetry to take them to the moon – let alone round the block.

According to research ‘getting fit’ is the front runner in the New Year Resolution stakes closely followed by ‘losing weight’ and ‘giving up smoking’ with ‘spending more time with family and friends’ lagging some way behind.

But sadly the average time a person actually sticks to these Resolutions is 17 days. Unless you’ve actually enrolled on a Jog On course of course!

It seems ridiculous that most gyms offer ‘two weeks free membership’ at the start of every New Year. This is clearly to lure new recruits in and then convince them of the joy of running for hours on the treadmill in front of SKY News – all for just a few squillion pounds a week.

In fact statistics show that over half of these recruits do their two free weeks then flee back to the comfort of their armchair quicker than you can say direct debit.

Of the others a small percentage struggle on but as each month passes their usage falls off. As one member of a private fitness club told me, “I worked out that I was only going swimming once a month which worked out at about £20 a length!”

Psychology expert Dr David Hardman from London Metropolitan University says people need to be realistic about what they can achieve, and to take their time.

“People think that by paying a huge amount of money to join a gym that it will force them to go,” he says.

“Yet this ultimately isn’t the case for most in the long run – a couple of months later and you’ve forgotten the money still coming out of your account.”

Cliff Arnalls of Cardiff University who last year determined scientifically that January 24th was the most depressing day in the calendar, said people would be better off waiting until February before they joined a gym.

“Anecdotal evidence shows February 1st would be a much better date to start going to the gym – as you are doing it for yourself rather than societal pressure”.

The tradition of New Year Resolutions actually goes all the way back to 153BC ( or BJO -before Jog On)) when Janus a mythical King of early Rome was placed at the head of the calendar.

With two faces, he could look back on past events and forward to the future. Janus became the ancient symbol for resolutions.

Quite how and when the Ancient Kings of Lycra and Velcro took over the throne and demanded we all take on to their mythical properties, is not clear. But they certainly have a dedicated following. And not only on the highways, byways and in gyms but also in the privacy of our homes.

According to the January best seller lists, we are now buying more fitness videos/ DVDs and books than ever before.  It must be the only time of the year that Jamie Oliver, J.K Rowling and John Grisham are pushed off their top spots by a girl from Love Island, Davina McCall and an ex-footballer all inviting us to dance/ skip/ stretch/and vibrate (on a Powerplate I hasten to add) all in the space of just 90 minutes or 121 pages.

The trouble is most of these ‘celebrities’ produce their material six months before it hits the shops in January. By which time, they too have gone over their 17 days of willpower and the only six pack in their lives are the empty boxes of mince pies. This results in enforced hibernation until at least August on the advice of their irate publicists.

So as January 24 looms, you’re already one giant sprint ahead of the pack. You’ve signed up and committed to a ten-week Jog On course – long enough to reach your goal but short enough to keep you motivated. Oh and throw in the fact that you’re outdoors and hopefully laughing ( admit it the ‘lift up two legs at the same time’ joke is still funny)  – and bingo you’re positive hormones are positively surging.

So Dry January, Veganuary and Januhairy ( go google) may be the buzz words. but all the experts agree you’re far likely to stick to something you take up rather than give up. (especially with the support of your online Jog On Chat friends)

If you came to our Jog On party, you may remember speaker, Mark Hadaway’s suggestion to ‘be bold, be ambitious….to stretch yourself but be realistic’, to get out of your comfort zone and enjoy every minute. Well ok the last bit may be a bit of a stretch of its own kind. We all know those interval sessions and the sound of our whistle may not fill you with constant joy, but they’ll definitely help you achieve those New Year goals!

One final tip – instead of holding a party at Christmas, delay it until January. You can guarantee that at least half your guests will jog to the party so look far worse that you do, therefore saving on the pressure to buy a new outfit. Drink need be limited to tap water and the odd bottle of diet coke (caffeine-free as most will have given that up too). And as for the buffet, a few plates of fresh air and the odd organic celery stick should do it.

Best of all, they’ll be no need to fork out for a disco as most of the guests will be too exhausted and malnourished to even stand up let alone dance.

It’s not too late to join us at Jog On!

This message is only visible to admins.

Error: Error validating access token: The session has been invalidated because the user changed their password or Facebook has changed the session for security reasons.
Type: OAuthException
Subcode: 460
Solution: See here for how to solve this error