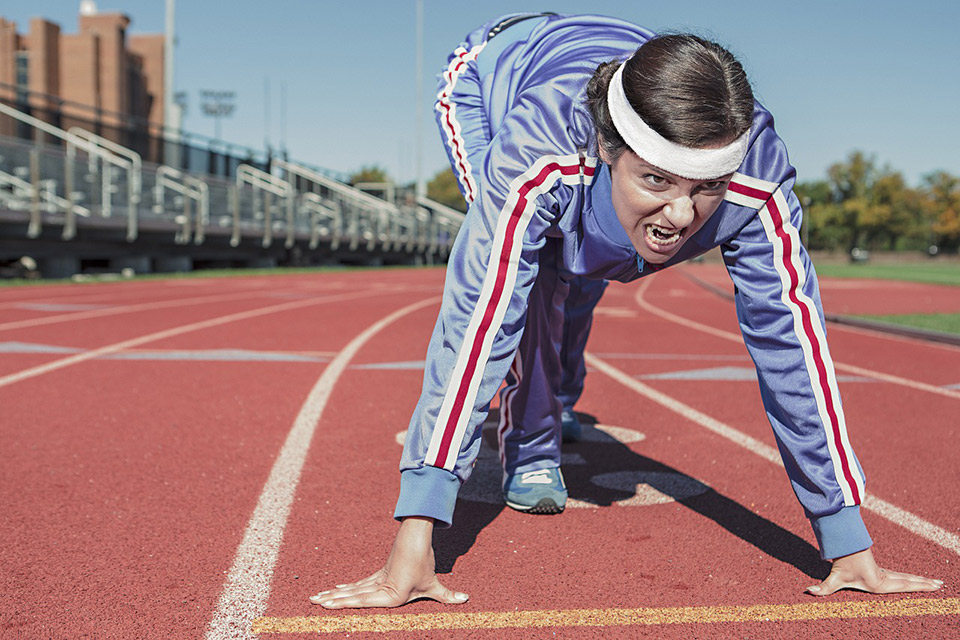 The different types of running we should all include in our training.

Snow White, David Beckham and running all have one very important thing in common…the number 7.

For the fairy tale princess, it was her trusty dwarfs, for the England football captain it was his lucky shirt and for all us athletes it’s the number of different types of running we should include in our weekly or monthly schedule.

“But surely it’s just putting one foot in front of the other” (whilst of course impersonating a helium balloon) I hear you cry.

This is of course true – if you never want to get any faster or fitter. But sadly, the only – legal – way to improve your overall performance whether you’re aiming for a Parkrun or Marathon, is to vary your sessions to include each of the ‘Magnificent Seven’.

Everyone’s favourite – the easy chatty run at your natural pace. This builds up muscle strength in your legs and that all-important aerobic capacity. It’s the type of running which is ideal for making friends and convincing you that this form of exercise can be enjoyable. As it’s not too challenging this type of run can be done more than once a week – and you can add in a dog! It’s also the run that we increase the distance of each week if training for a long-distance event.

Just as it’s the name suggests, this is one step up from your base so simply (OK – easier said than done!) pick up the pace at the end of your run so you are doing ‘negative splits’  and the second half of your run is faster than the start.

Like all things Swedish – think ABBA and meatballs – this is one to make you smile (and not just because of the name! It is in fact Swedish for ‘speed play’). Less intense than an interval session, this is a stress free workout so without a watch or a plan, just head out and decide yourself when you’re going to run at faster efforts for example at that tree or street sign. You then slow down until the next landmark – the red car parked at the end of the road/the green canal boat by the lock. Just be careful not to aim at a moving object!

The dreaded ‘I’ word. A bit like eating kale, we don’t really like it but the benefits are huge. Scientifically proved to increase overall fitness and speed – these short, intense efforts in the red (struggling for breath and counting the seconds until you stop!) are followed by slow recovery jog or walk. The secret to interval success is in the recovery as the slow sections allow you to do the next interval strong. Great for fat burning too as that metabolic rate really does spike.

Interestingly, sprinting isn’t only for sprinters. It’s also a great excuse to emulate those Olympic moment as this session is ideally done on a track (our local ones are at Hemel and St Albans). Doing short, sharp efforts 4-7 × 30 seconds at near-maximum effort with plenty of recovery (3-5 minutes) helps to build muscular strength and power. It means that your legs won’t tire as quickly on those endurance runs.

(Or ‘inclines’ as we like to call them at Jogon HQ) – where we live, they’re tricky to avoid! Even if you’re entering a flat race – from Aylesbury Parkrun to the London Marathon – adding in hill repeats is fantastic for technique as it forces you to pick your feet up. If you’re short of time, a 20-minute-high intensity hill session with a recovery jog on the way down is far more beneficial than a 20-minute base run.

‘Comfortably hard’ sounds like an oxymoron (bit like fun run!) but think of it as running at a pace that you can maintain for a minimum of 20 minutes but is out of your comfort zone. It’s not a chatty, easy run or a short sprint or interval session but somewhere in-between. You can hear your breathing but you’re not struggling for air. Make sure you include a warm up and cool down jog. Tempo runs are also known as ‘threshold runs’ as they increase your lactate threshold which in layman’s terms stops you running out of energy stores and ‘hitting the wall’.

So next time you’re planning a run session don’t always be tempted to meet up with friends for a jog and a chat. Obviously at JogOn we are all for the social aspect of running but if you really want to increase your overall fitness and pace then make sure you channel your inward Snow White or Mr Beckham.