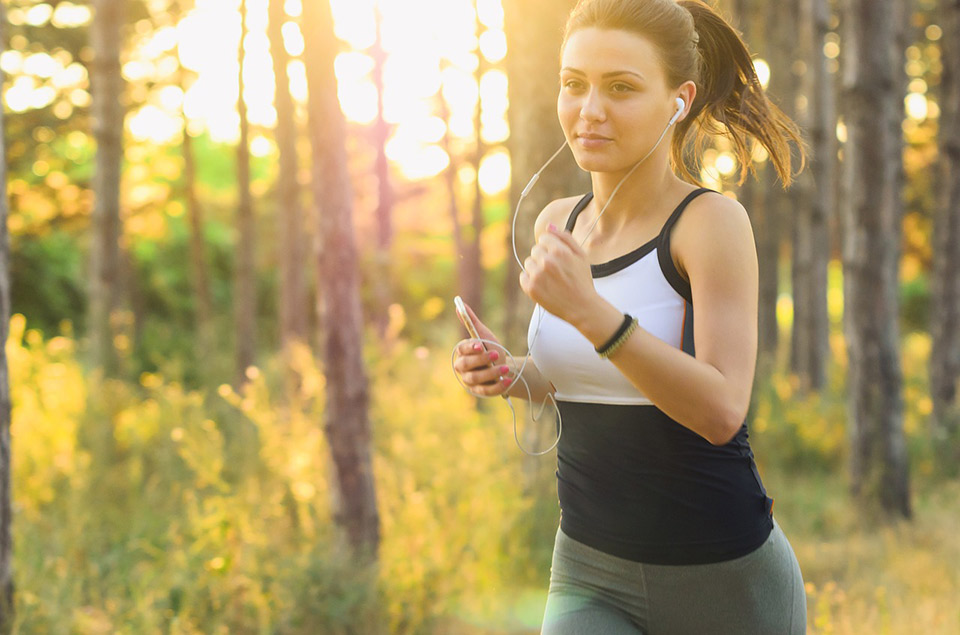 As we’re always saying, “Running is nothing more than a series of arguments between the part of your brain that wants to stop and the part that wants to keep going”.

Sometimes it’s much more complicated than that though. Earlier this month, on the 10th October, it was World Mental Health Day. We know anecdotally that many of our runners feel the mental health benefits of running, being part of a group, getting outside in the countryside and fresh air. So to mark this hugely important topic we have dedicated this month’s blog to mental health and the benefits of running.

So what’s the link between mental wellbeing and running?

Most people have a vague idea that exercise is a good thing. There are many reasons that physical activity is said to help mental health – it boosts mood, relieves stress and improves sleep.

The NHS claim that ‘regular exercise can boost your mood if you have depression, and it’s especially useful for people with mild to moderate depression’.  A recent study published in the JAMA Psychiatry journal supported the theory that physical activity is an effective prevention strategy for depression. Although it adds that depression may result in decreased physical activity”.  Sometimes people may need professional support, before starting to run and/or joining a group, depending on the severity of their depression and anxiety.

A high percentage of the general population are still pretty inactive. The key factor seems to be that exercise is a chore for many and the first thing to go when we’re busy. We also know that we’re much more likely to stick with it if we’re in a group, and a supportive fun one at that, like Jog On in fact! Parkruns are another way of running in an organised group. A 2018 Glasgow Caledonian University study of more than 8,000 people showed that 89% said that participating in parkrun had a positive impact on their happiness and mental health.

So how can running change the mind?

Not only this, but the body also releases the chemical Endocannabinoids. These are the same substances as THC, the primary substance responsible for the marijuana high!

Over time regular running produces the same two changes that are thought to be responsible for the effectiveness of anti depressants –  an increase of the neurotransmitter Serotonin and Norephinephrine, plus the creation of new neurons. This means its very good for helping us deal with stress and helping us feel empowered, to take control of our situation.

One study found runners to show greater connectivity between the frontal part of the brain and other neural regions involved in working memory and self control, most likely due to the cognitive demands of running and the runners’ increased aerobic fitness. Interval running was found in another study to be particularly effective in increasing cognitive flexibility, thereby improving your ability to change between mental tasks quickly and efficiently.

Does it make any difference where you run?

Many of us know we feel better for being outdoors in the countryside. Doctor Michelli, leading a recent study regarding the positive effects of being in the country on mental health and well being, claimed that the benefits of this can last for several hours. They also found that people who are at greater risk of developing mental health issues, including anxiety and depression, benefit the most from getting outdoors. As well as being a bit kinder to our joints being out on the trails it seems that it’s good for our mental well being too.

As you know at Jog On we love to be in the countryside, slip sliding through the mud, admiring the changing seasons, marvelling at Heather in her shorts in the midst of winter. So don’t be put off with what the weather’s doing because you know you’ll definitely feel better for coming!

The phenomenon of mindful running has been on the increase. Meditating whilst running can result in a number of benefits including decreasing levels of depression. A study published by the Translational Psychiatry combined aerobic exercise with meditation. They found the participants reported a decrease in their symptoms by forty per cent.

Check out the guided meditations for running on the Nike Run Club App and scroll down to the ‘Run with Headspace’ section.  Or simply try and ‘be in the moment’ – think about the physical movement and notice the countryside around you. It can help refocus our attention on our body rather than unhelpful thoughts and rumination that often leads to negativity.

What other benefits are there?

Better sleep has been widely cited as a benefit and this has a positive effect in turn on our mental wellbeing.

Increased self esteem and of course a brand new social life. Yes, new friends, coffee and cake after your run, nights out with your running friends, Jog On socials to name but a few. Keep posting your café visits and race photos – we love seeing them!

It is worth noting that running is not a mental health panacea and we recognise that sometimes people do need added support to either start or to stay motivated to keep running. That’s why being part of a social group can help and we are always happy to chat/meet up with people individually who need the confidence/motivation to join us.

There’s a wealth of research out there to prove the many benefits of running for our mental health. There’s still more research to be done and we have a long way to go with making the conversation about mental health a comfortable one, but we’re moving forward hopefully.